Remington’s Gastropub was established in September of 2016, knowing that the popularity of gastropubs has grown dramatically in the restaurant industry in recent years. This restaurant revolution is happening outside of the country’s largest cities — trickling down to smaller towns all across the USA, like rural Malta, IL, home of Remington’s Gastropub.

But What’s A Gastropub?

The term “gastropub” was coined in 1991, when David Eyre and Mike Belben took over The Eagle pub in Clerkenwell, London. Traditionally, British pubs were drinking establishments and little emphasis was placed on the serving of food. If pubs served meals they were usually basic cold dishes such as a ploughman’s lunch. In South East England (especially London) it was common until recent times for vendors selling cockles, whelks, mussels and other shellfish to sell to customers during the evening and at closing time. Many mobile shellfish stalls would set up near pubs, a practice that continues in London’s East End.

The concept of a restaurant in a pub reinvigorated both pub culture and British dining, though it has occasionally attracted criticism for potentially removing the character of traditional pubs. “Pub grub” expanded to include British food items such as steak and ale pie, shepherd’s pie, fish and chips, bangers and mash, Sunday roast, ploughman’s lunch, and pasties. In addition, dishes such as hamburgers, chips, lasagne and chili con carne are now often served. 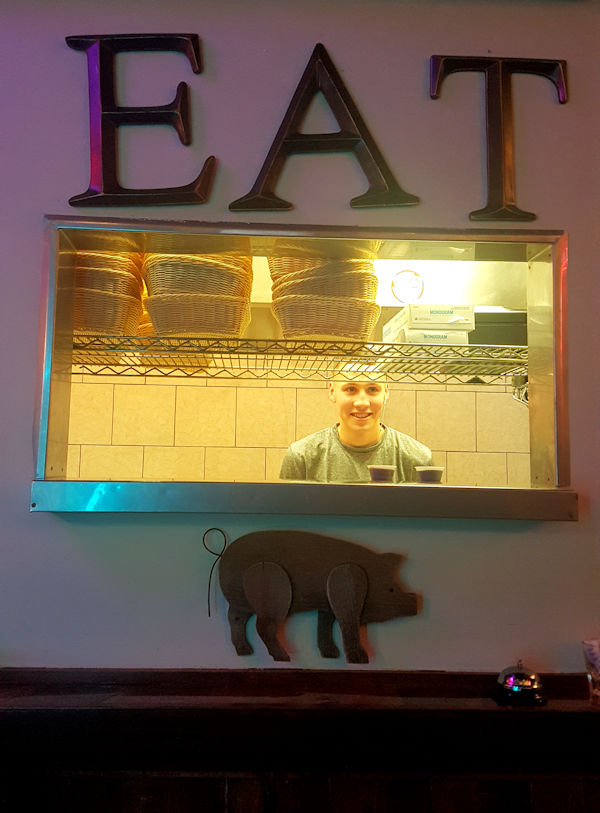 The line between restaurant and pub is becoming more and more blurred as masses of new places begin catering to an increasingly food aware crowd; patrons are enjoying the unique culinary options and casual atmosphere offered at gastropubs. Remington’s Gastropub brings an incomparable and well-crafted gastropub to the heart of corn and tractor country. With a vast craft beer selection, a few dozen wine varieties, signature “Mad Men” and “Prohibition Era” inspired cocktails, Remington’s has the goods to back it up—in the form of tasty pub staples, albeit, with a bit of culinary flair. Armed with the overarching goal to serve the best in a no-frills, affordable, approachable manner, guests are invited to sit down, have a beer, a few bites, and stay a while.